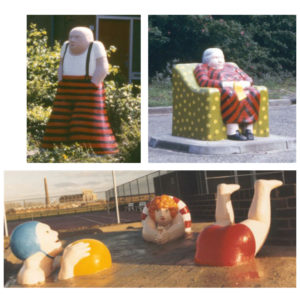 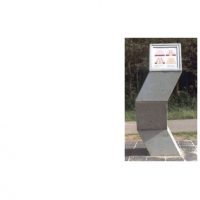 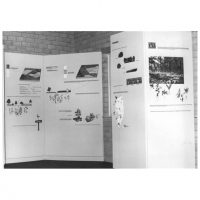 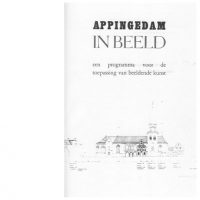 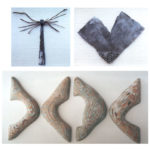 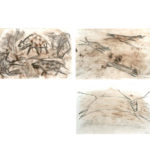 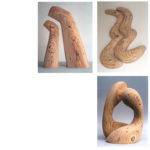 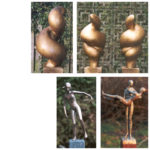 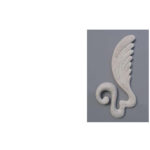 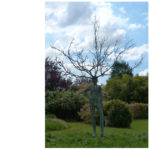 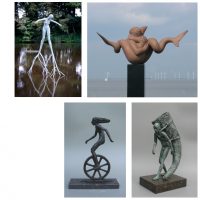 Henk Vos (Winschoten, 1947) graduated as a sculptor at the Academy of Fine Arts “Academie Minerva" in Groningen in 1973. For his graduation work he received the “Threshold prize” of the municipality of Groningen. In 1975, he started cooperation with two fellow students and an artists-partnership was set up. Target of the cooperation was acquiring a place in the public art circuit through bundling of powers.

The Artists-partnership made use of a studio in St Annen and moved to a large studio in Zeerijp later on. The artists applied themselves in realising art commissions in the public space. During brainstorm-sessions ideas for works of art and playground-objects were developed for which materials like stone, brick, wood and polyester were used. Especially in the province of Groningen many works of art were realized, striking because of their playful character and the use of colour. Very impressive are the cheerfully coloured large polyester sculptures like the ones that have been realized in the Sintmaheerd-area in Tolbert and near a sports-centre with adjoining crèche in Hoogkerk. The sculptures were formed in polystyrene and subsequently coated with glass fibre enforced polyester and then painted with car-paint. The Artists-partnership came to an end in 1983.

Commissions in the tourist recreational sector (1983-1986)

In order to realize a commission in the municipality of Stadskanaal, Henk Vos started collaboration with a fellow-artist from Onstwedde. Both artists had presented an idea that showed much resemblance. At the client's suggestion they carried out the assignment together. For a tourist cycling-route in Westerwolde (the Stroomdalroute) about 20 information-pillars were realized, with fine illustrations giving information about various aspects of the surrounding landscape.

In this period at many municipal councils the wish arose to make better use of the then existing Visual Artists Regulation (BKR). The advisory reports Henk Vos wrote in cooperation with the Visual Arts Centre in Groningen helped the municipal councils in their policy. The main issue here were various proposals varying from education projects in which artist could take part to the realization of works of art in urban or rural areas. Whenever possible connection was sought with planned urban and rural projects to enable the application of the1 % regulation for art.

After a long period of commission related activities, Henk Vos withdraws gradually from the public art circuit. A period of introspection, searching and experimenting follows. Personal emotion is the guiding motive hereby. He experiments with different materials and "objets-trouvés". Striking are the wal-objects made of scrap. Also in this period the foundation was laid for the technique of works of art in laminated underlayment, a method by which layers of multiplex shapes are stuck together and modelled with an angle grinder.

Impressive are the series of impulsive "mud drawings", which originated in the years 1992-1997. The exhibition of this "emotional diary" in 1997 at Interprojekt in Eelde-Paterswolde under the title "Years of reflection" concluded this period.

In the first years of the new millennium the material bronze inspires Henk Vos. He experiments with, among other materials, blocks of polystyrene, from which a series of four larger sculptures arise with the theme 'Spirals of Time'. In these sculptures the abstract, rounded-off form character of his wooden objects can still be recognized. However, during the same period mainly smaller bronze sculptures are created in figurative design with the human figure as a theme.

In the year 2005 working with laminated underlayment comes to an end. The wall object: ‘Double happiness' is the last one in the series works of art in wood. For years an open space in the woods was the studio in which these works came into being. Between the old oaks and the beech quiet has returned.

With the life-size sculpture ‘The Branch Man' Henk Vos crowns this episode in a suitable manner. The sculpture in bronze represents a standing male figure with a skin of tree-bark and on the head a crown of branches. It symbolizes the unity of creation and the solidarity of man and nature. The man has become a tree, the tree a man. It is the reconciliation between mind and matter, between transience and eternity.
In 2007, Henk Vos decides to cast 'The Branch Man' in bronze. The sculpture is 14 ft. tall and its crown measures about 16 ft. in diameter. This extensive project kicks off in 2008 and has been round off in 2011.

The sculpture 'The Branch Man' forms an impulse for the creation of new large sculptures. In 2007 'Man with Wings', a sculpture of 10 feet tall arises and in the course of 2008, Henk Vos designs a sculpture inspired by the recent positive developments in the domain of conservation of nature, of clean water and a clean sea, with the title: 'Love is back'. In August of the same year another large sculpture arises with the titel 'Woman on Branches', a sculpture of 10,5 ft. tall. This sculpture has been cast in bronze in 2012 and is now placed in the pond of the Rosarium in Winschoten. In 2013 it has been purchased by the municipality of Oldambt. In the course of time also a lot of smaller sculptures arise....